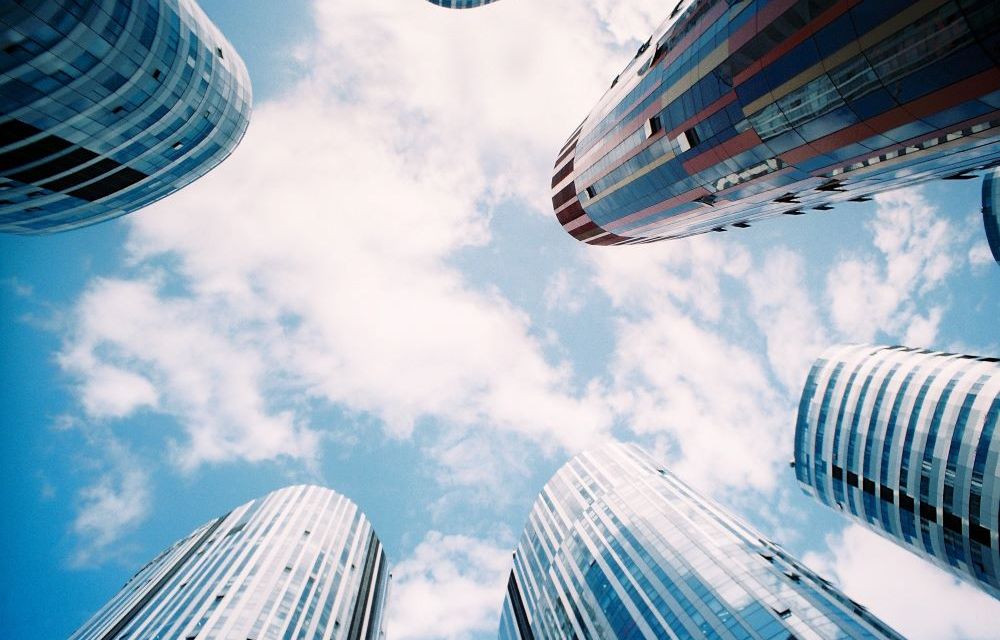 It’s been a while, so first and foremost I hope you, your families, and your colleagues are all staying safe, healthy, and sane during the COVID-19 crisis. I’m hunkered down with my wife and two daughters here in northern New Jersey trying to stay positive as we do our best to manage working from home, home-schooling, and the vicissitudes of a 4-year-old. I hope you’re doing the same!

On to the matter at hand: there was an interesting, long-form article in The Real Deal last fall (behind a pay wall if, like me, you read more than 10 TRD articles each month) that questioned Katerra’s $4B valuation, C-suite turnover, and $1.5B in funding since early 2018 from SoftBank as the basis for comparing the startup to WeWork, whose 2019 implosion from a $47B decacorn to the verge of bankruptcy was well-documented, even prior to the COVID-19 crisis. I think it’s still a good vehicle to kick off a conversation about where the AEC industry finds itself right now, and what could be on the horizon as we, hopefully, move past this crisis soon.

But first: about Katerra. As you may know, it’s a vertically integrated construction startup. It uses technology (it holds multiple patents) to streamline the off-site design, manufacture, and construction of components for office buildings, multi-family developments, and other projects (some of which are using cross-laminated timber (CLT) as the primary structural members).

But unlike some other modular contech startups that manufacture the entire superstructure off-site, which then “snaps” Lego-style into place (like Brooklyn-based FullStack Modular), Katerra’s prefabricated components must still be installed in the field through traditional processes.

So how should investors and the construction industry generally consider Katerra?

My personal interest in Katerra stems from my experience in the trenches of engineering companies that have similarly tried to vertically integrate themselves with construction businesses, as well as what’s been happening to various publicly traded construction stocks over the last year. More on this below.

Yet in both of these cases the results haven’t been great, so it will be interesting to see whether the public markets will ultimately allow a Katerra IPO to justify its valuation (or even if the company can reach an IPO given recent executive turnover and, of course, the COVID-19 crisis). In fact, MetaProp’s Zach Aarons was quoted in the TRD article, saying “[w]hen you think about Katerra, if they are trying to be a GC or they’re trying to be a lumber mill, what premium would they fetch as it relates to the valuation multiple?”

Even if they are the former, putative Katerra investors might be skeptical because it was an … ugly … 2019 to say the least for the stocks of the construction industry’s largest publicly traded players, including Fluor, McDermott, Granite, and Tutor-Perini, among others.

While most AEC stocks have stabilized in recent weeks, the first part of 2020 wasn’t great for most firms (including AECOM, whose shares dropped nearly 60 percent as the COVID-19 crisis accelerated). Tutor-Perini, in fact, saw its proposed acquisition by Apollo Global scuttled by COVID market turmoil. WSP’s rumored tie-up with AECOM met a similar fate. And Fluor swallowed a poison pill after its stock collapsed and rumors swirled about a private equity take-out. These firms and others also announced major restructuring initiatives or saw their stock prices plunge and gyrate wildly in and around quarterly 2019 earnings seasons.

All of this came on the heels of last fall’s retrenchment by Skanska and AECOM, who each announced that they would no longer participate in the domestic P3 market as equity investors. At the same time, Parsons went public in 2019 and industry pacesetter Jacobs divested its mining and chemicals business to WorleyParsons in pursuit of higher margin professional services work. It’s been a hectic 18 months in the AEC industry!

I have a few thoughts first on what’s been happening in the markets over the last year, and what it means for construction tech investing (including Katerra) and the industry in general.

First, Trump’s trade war with China wasn’t good for firms with exposure in APAC. Whether on account of steel tariffs, overseas supply chains, or reliance on Chinese money to fund projects, firms’ connections to China had a major impact on investor sentiment and construction sector share prices during 2019. COVID-19 will only exacerbate these concerns as the rhetoric and tension between the Trump administration and Beijing accelerates.

Second, many AEC executives speaking on earnings calls or in industry publications are blaming owners for exposing them to too much risk. These remarks have ranged from angst about major design-build procurements that provide the industry with a few weeks to vet and bid projects that the agency has been developing for years, to procurement documents that purport to shift all of the risk of the project to the design-build team. Fear is being compounded by high-profile project failures. The Maryland Purple Line P3 construction joint venture’s recent termination of its design-build agreement is a good example of how difficult it is for stakeholders to pull off successful mega-projects in the current climate.

Third, being a public company in the AEC industry is difficult. On a recent AEC Advisors roundtable webinar, the industry’s average expected 2020 profit margin is just 14%. Business models and pricing and delivery models vary wildly between business lines. In my opinion it’s very difficult to explain to investors and analysts the nature of our business, so managing expectations around long-term growth is hard. And “organic growth” – a favorite metric on investor calls – is challenging; there are only 50 state departments of transportation and 1 federal government.

So what comes next, in the age of COVID, for the AEC industry?

Here are a few thoughts, in no particular order:

Still, investors had pumped $4.2B into construction startups during the first half of 2019, on pace to top the $6.1B from 2018 (according to the Wall Street Journal), and pundits were bullish on a similar trajectory in 2020.

Now, with the world on pause, could some of those funds be redirected toward more established industry players who will struggle to emerge from the shadow of COVID? Or will COVID put the brakes on capital flowing into the sector entirely, and drive increased consolidation across the industry? What about construction tech’s prospects, valuations, and the future of construction tech more broadly?

I look forward to a discussion in the comments below! 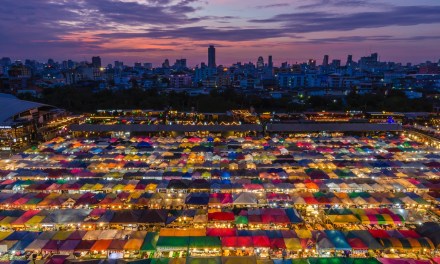 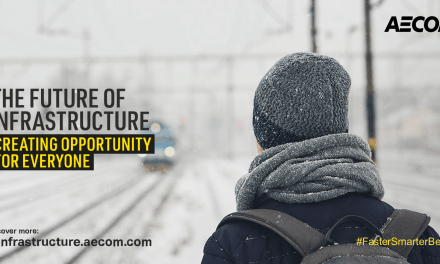 Opportunity for everyone? A closer look at AECOM’s third annual “Future of Infrastructure” report