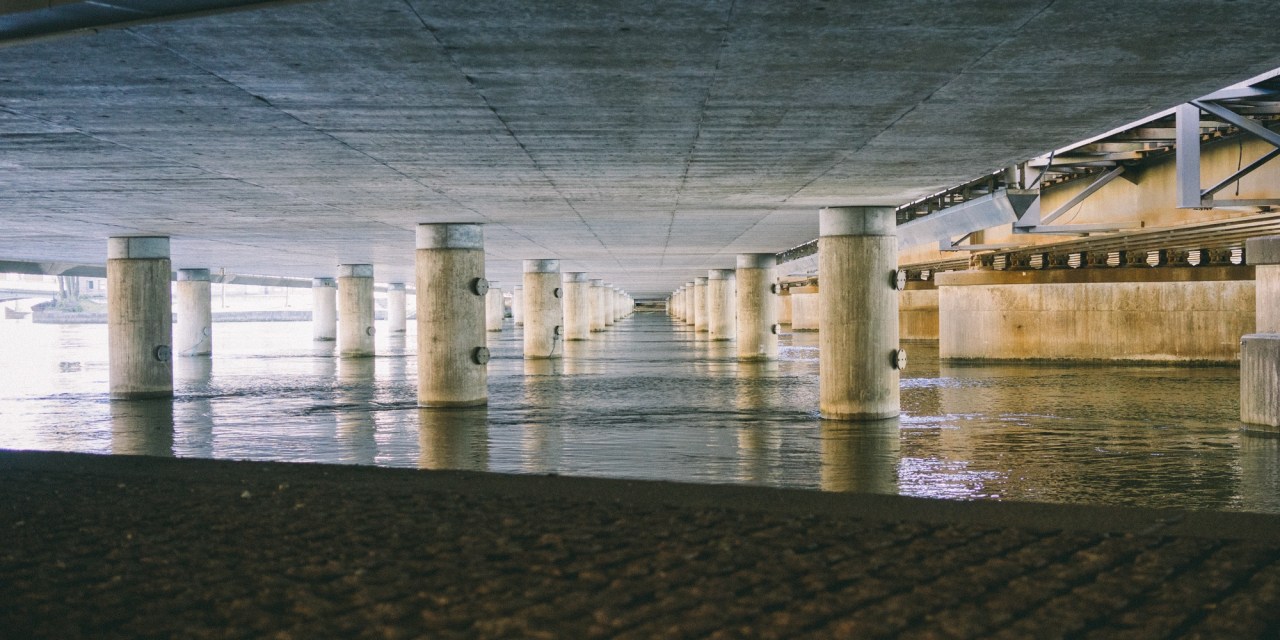 Called the “Tech Sprint,” the hackathon aimed to “provide a platform for some of the industry’s brightest young minds to come together and work with technology to try and improve the efficiency of construction.”

Thirty-one people, representing architects, contractors, consultants, and suppliers, were divided into four teams. The winners (dubbed Team Resource) came up with a technological solution to the problem of waste in concrete delivery, which they called “the Uber for concrete:”

The problem: if Builder 1 orders a load of concrete but then doesn’t use it all, it has to pay a fee of £300 to return it to the supplier. Builder 2 also needs concrete, but it already knows it only needs a part load.

Team Resource’s app allows Builder 1 to sell on his unused concrete to Builder 2, saving both builders money while also ensuring the concrete supplier’s fleet movements are fully optimised, freeing up the truck that would have been delivering a part load to Builder 2 to supply another site.

Builder 2 could even order a shared load with another builder right from the start via the app, saving the hassle and risk of selling on material.

“Everybody wins,” Team Resource said to our panel of judges, including the environment, with fewer vehicle movements also meaning lower CO2 emissions.

The idea was also scalable, with proposals to use the model for other building materials once the concrete market was conquered.

The other teams’ ideas were a one-click-buy app for housing, a system for using robots to replace people on project sites, and a software platform to collect site data in an easy-to-use visual format.

Although I generally find it difficult to distinguish between the many software solutions already on the market for managing construction projects, the housing purchase app and robotics concepts are intriguing.

For example, the housing app (called HomeID) would use AI to review the buyer’s requirements before generating a customizable model of the house, connecting the buyer with potential builders, and creating the construction contract and scope of work – theoretically saving home buyers both time and money, and certainly a much different business model than a low-margin, high-volume Uber-type application as the judges noted.

Alternatively, “Team Inception” proposed a virtual reality robotics mashup that is truly fascinating, and perhaps closer to reality than many might admit.

Calling it “human-robot synergy,” the team’s idea was to build a virtual reality model of a construction site where humans “build” the project, and simultaneously, in the real world, robots carry out the identical works. Target applications at first would be either repetitive operations (like floors on a high-rise building) or high-cost labor operations requiring skill and expertise, like welding or ironworking.

Whether any of these ideas can eventually mature into full-fledged, viable applications of course remains to be seen. But as Construction News writes, “thinking outside the box is vital if construction is to keep up with other industries and win the war on talent.”

It seems like we are hearing about AEC-specific hackathons with much more frequently as 2016 draws to a close, so we’ll be keeping an eye out for other interesting ideas and noting them as appropriate here at AEC Labs as we move into 2017.